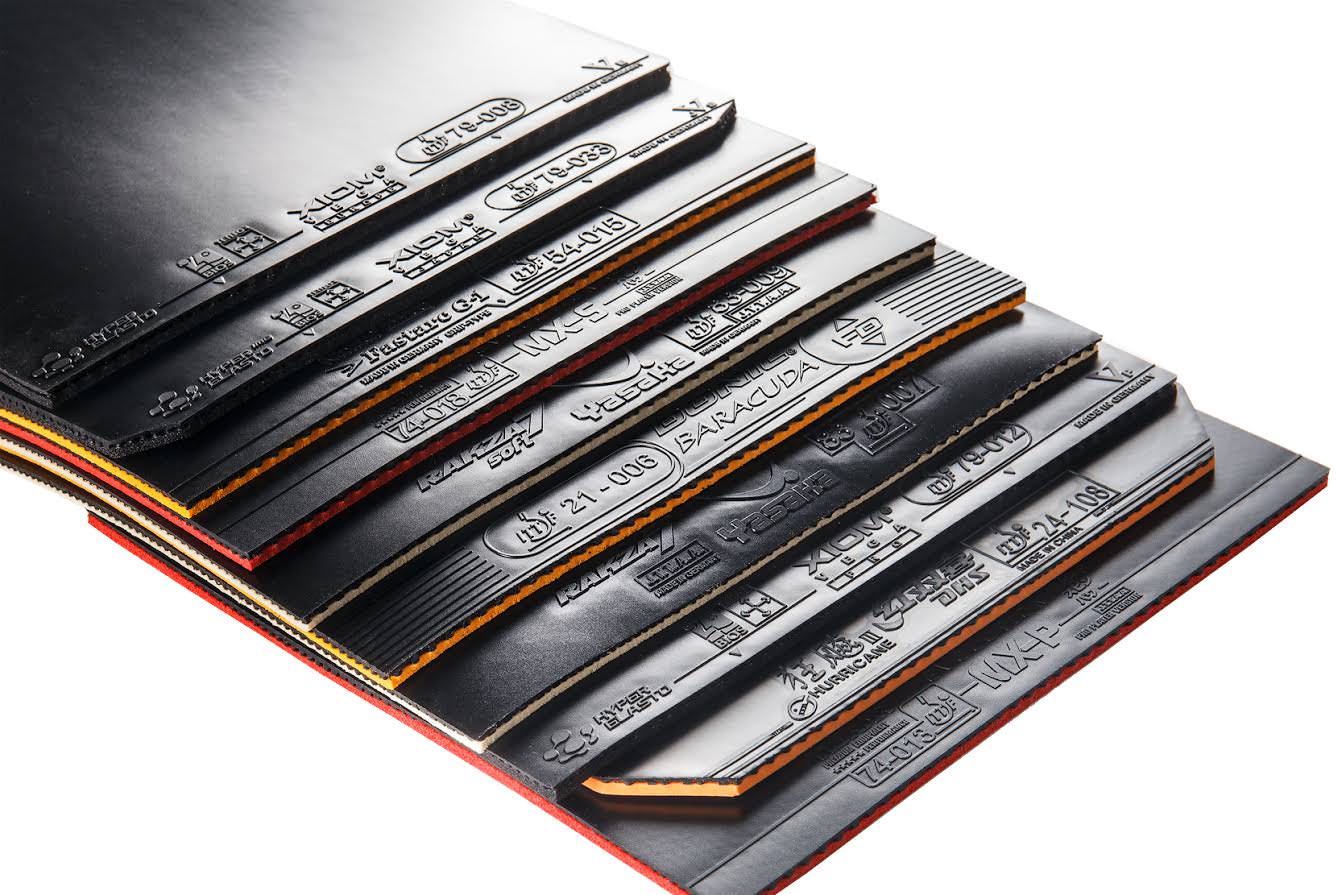 I think we all know table tennis rubbers don’t last forever, but how long do they actually last? How do you know when to switch them out?

Some rubbers last longer than others, and it totally depends on how much you play. Here are the expected lifespans of different kinds of rubbers.

The overall rule of thumb for how often to change rubbers is the amount of times you use them per week. If you play two times per week, you should switch rubbers two times per year.

This of course changes a bit depending on what type of rubbers you have. According to manufacturers the rubbers last 60-90 hours of play, but that information tends to be a bit wrong.

If you are a competitive player, it’s always best to switch rubbers more often than stated above. It’s all about how competitive you are, this is just a general rule of thumb.

Long pips rubbers last longer than regular European rubbers. You can expect about double the lifespan, in other words about 100 sessions (or ~100 hours).

If you have long pips with a bit of glossiness on top of the pips though – they last around half that (50 sessions / ~50 hours).

Short pips rubbers lifespan differs a bit from long pips. Here you can apply the general rule of thumb to switch after about 50 sessions of play.

Tacky rubbers don’t actually last any shorter than regular European rubbers, but they definitely lose their tackiness after a while. If you want to keep your ghost serve intact, just switch rubbers once it stops giving you that same spin as it used to.

The cheap rubbers that come on pre-built rackets should preferably not even be played with. As soon as you remove the plastic the tackiness is pretty much lost.

There’s no answer to how often to change cheap rubbers because they’re simply for beginners.

What rubber models last the longest?

Non tacky rubbers definitely last the longest. These are typically rubbers for beginners that has a lot of control and less spin.

There are also some rubber models that last longer overall, here are some that have longer lifespan than regular models:

How to know when to switch rubbers?

You can drag either a ball or your finger across the rubber. If it somewhat grips it, your rubber still has some life to it. A good idea here is to do this test when the rubber is still brand new, that way you remember how it felt when it was new.

Some rubbers come boosted from the factory, after a while the booster wears out and the sponge won’t have the same juice anymore. In this case, re-boosting can help, instead of having to switch out the rubber.

When to switch rubbers?

You should generally switch rubbers whenever you feel it doesn’t perform like it used to. Try to remember how the rubber performed when it was brand new, if it’s nothing like that, it’s time for a new one.

How often do professionals switch rubbers?

Professionals never play more than 35-45 hours with the same rubber. That means getting new rubbers either weekly or bi-weekly, because that’s how much they play. The general rule of thumb almost applies here as you can see, the pros just play more.

According to manufacturers – rubbers expire 3 years after leaving production. Keep them out of direct sunlight, and direct heat/cold. Also keep the rubbers in their packaging until you are ready to put them on, otherwise they may lose their tackiness before even putting them on.

Why do rubbers last so short?

There’s no real explanation to why rubbers last such a short amount of time. One theory is that the way table tennis rubbers are composed is why they last so short. If there were no pips on the backside, the rubber would certainly not wear out as much, but the touch would just be unbearable.

Table tennis is a materialistic and expensive sport, there’s no going around that.

Will rubbers last longer if maintained?

Yes. It’s always recommended to maintain your rubbers with regular cleaning and keeping them in a case when not using them.

If you have a rubber that comes boosted from the factory, it could be worth re-boosting after about 25 hours of play.

You can also use a bit of WD40 or olive oil to restore some of the grip, but it won’t actually extend the lifetime of your rubbers.

Not really. Although there are plastic sleeves that state to keep your rubbers more intact, they aren’t recommended. They simply don’t do much in terms of keeping the rubbers intact. It is recommended to just use a regular racket case to avoid grease and dirt sticking to the rubbers.

Why is it important to switch rubbers?

*Header picture of this article is taken from here!